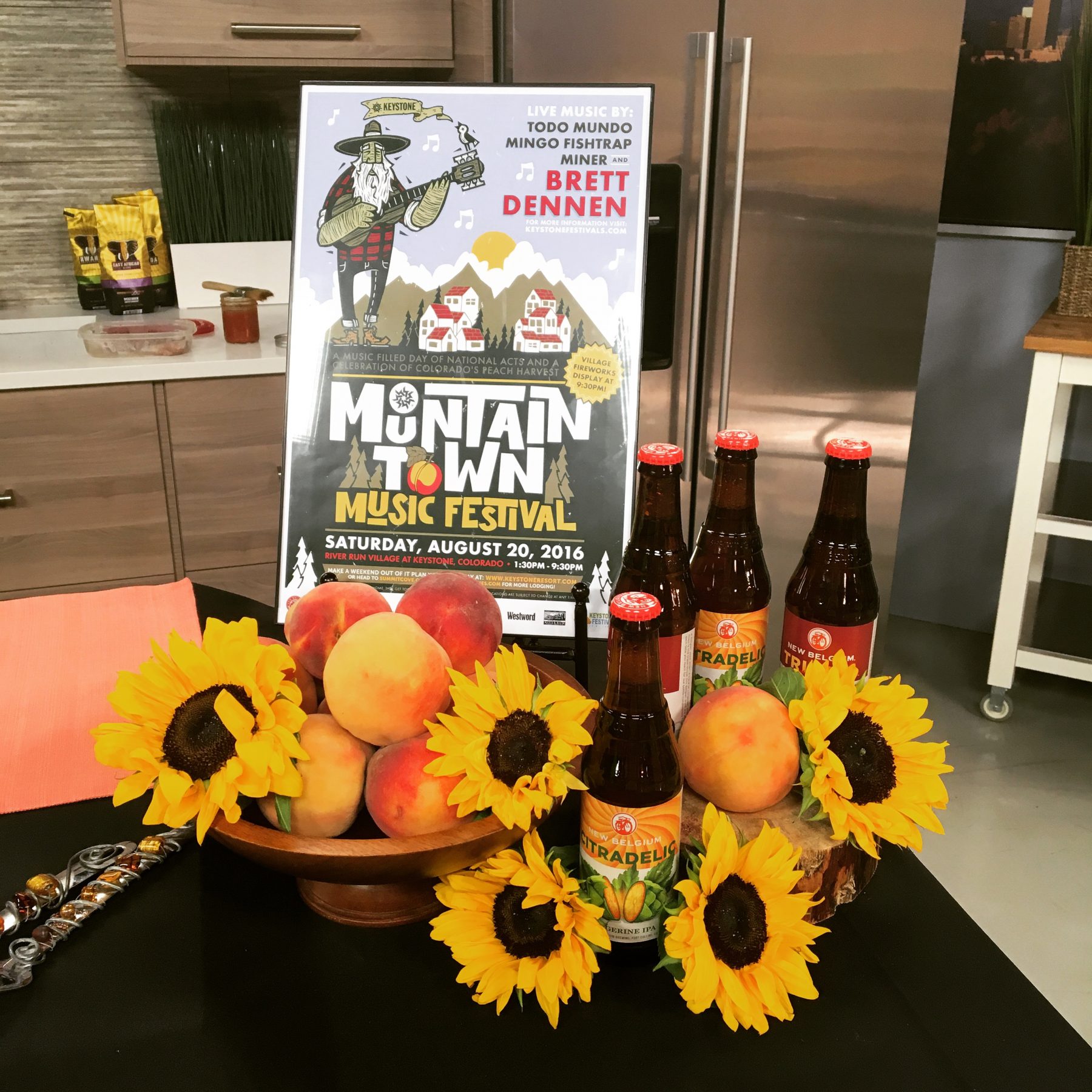 Colorado is known for craft beers, an up-and-coming music scene and the Rocky Mountains.

Add in the fall harvest of Palisade peaches, Rocky Ford melons and combine it with Rocky Mountain trout, elk and venison and you’ve cooked up the perfect Colorado festival – the Keystone Mountain Town Music Festival. Heading into its third year, the festival returns Aug. 20 to the heart of the Rockies in Keystone Resort’s River Run Village and combines free music from some of the best emerging artists like Brett Dennen, fresh Colorado food like elk and Palisade peaches, craft beers and views of the Rocky Mountains.

Here’s a snapshot of the musicians who will be on stage at the Keystone Mountain Town Music Festival Aug. 20:

Dennen is quickly becoming one of the leading folk singer songwriters in the country. With a recent performance at Bonnaroo, Dennen continues to tour this summer and brings his heartfelt message and music from his critically acclaimed sixth album, Por Favor, to Keystone’s main stage on Aug. 20. Dennen is no stranger to the spotlight. He’s gone on tour with John Mayer, appeared on David Letterman’s show and his music has been featured on the TV show, “Parenthood.”

Voted as the “Best World Music” band (at the San Diego Music Awards), Todo Mundo is a collection of upbeat, positive and talented musicians from around the world. Their music reflects their global influence with flavors of Spanish, Rumba, Reggae, Brazilian, Balkan and Middle Eastern.

Their messages of unity, equality and diversity are accompanied by their infectious grooves that get you up, out of your seat, dancing and connecting with the band and the rest of the audience.

Based in Ausin, Texas, Mingo Fishtrap spends a lot of time on the road. In fact, they’re know for their live shows and their extensive touring schedule, which is sometimes why they end up being labeled as a “jam band.” But, they’re much more than that.

With a funky vibe, they sound as if they’re from New Orleans or part of the P-Funk family. Their new album, “On Time,” is groovy with hints of Motown and a huge dose of funk. The eight piece band is fronted by Roger Blevins, Jr. (guitarist and lead vocalist) and also includes his dad on bass, as well as a horn section. Bring on the funk.

Miner returns to the Keystone stage to play for the Mountain Town Music Festival. The folk-rock band likes to keep it all in the family. Justin and Kate Miner, husband and wife, formed the band and joined forces with Justin’s brother, Jeremy, and then recruited drummer Tobias Urbanczyk.

They’ve had a meteoric rise from their first debut in 2014 and started touring. It wasn’t long before they hit a road block – a medical emergency. Kate’s mother had been diagnosed with Huntington’s Disease, a fatal neurodegenerative condition, and it was possible that Kate was also carrying the gene. They recorded their second album with the hope that it would lift them up and, at the same time, reflect their deliberative phase of their lives. They named the album “Tuanaki” after a passage in a book about the “lost” island of Tuanaki that seemingly vanished into the ocean. That name seemed to reflect their strange journey and the difficulty of coming to terms with life, death and our existence, says Justin.

Admission to the festival is free and so is the parking. Food and drinks are available at a la carte prices. The Festival will also feature Colorado artisans displaying and selling their original art, jewelry, clothing, hammocks and other items. It all culminates with a booming fireworks display over River Run Village on Saturday night.