Warren Station and Comedy Works (Denver) have partnered to bring comedy back to the high country this summer!

Join us to laugh it up to some of the top comics in Colorado right in the backyard of Keystone Resort. Tonight’s opener, Christie Buchele will warm up the crowd for headliner, Steve Gastineau.  What better way is there to spend your weekend than relaxing with a few beverages and hilarious entertainment? Get your tickets today at warrenstation.com!

The show will last for 1.5 hours without an intermission.  Bathroom breaks and bar breaks during the performance are understandable. Seating changes are not permitted day of the show.

$25 DAY OF SHOW- STADIUM SEATING ONLY

All attendees must be at least 18 years old. 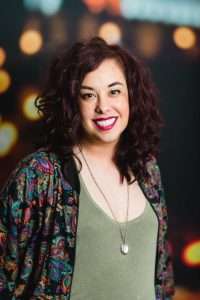 Christie Buchele is an up-and-coming standup comic from Denver, Colorado. Christie made a name for herself by the heart-wrenching and hilarious realities of being a woman with a disability. Christie has been featured on Viceland’s, Flophouse; Hidden America with Jonah Ray; and Laughs on Fox. Christie has performed at both the Crom Comedy Festival in Omaha, Nebraska, Denver’s own High Plains Comedy Festival, and Hell Yes Fest in New Orleans.

Christie co-hosts a witty relationship advice podcast, Empty Girlfriend, which earned best Comedy Podcast by Westword Magazine and best Podcast for Sexpot Comedy in 2017. As one-third of the Denver Comedy powerhouse, The Pussy Bros, Christie reps the Mile High City hard while crushing audiences with a wry, biting style that’s a bit sweet, and a little bit surly; proving time and again you can say almost anything with a smile on your face and gimp in your step.

Steve Gastineau is on his way to becoming the next big success story. He has been entertaining audiences from Anchorage to Key West and Cincinnati to Tucson for the past 15 years with his sharp, social commentary and his unique outlook. Gastineau’s perception of the ordinary results in him questioning, “What’s the deal?” leaving no subject unscathed. 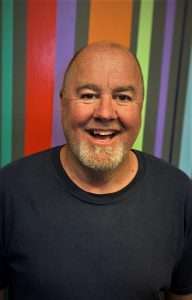 He has toured comedy clubs and colleges around the nation proving to be a fantastic and professional addition to any show, for young and old alike. Gastineau has shared the stage with notorious comics such as David Spade, Jon Lovitz, Jake Johannsen, Paula Poundstone, Wayne Brady, and Jimmy Fallon.

Denver’s Channel 9 News voted him “One of the Funniest Comedians in Denver” while The Denver Post calls his style “clever and engaging.”